BaseCam Electronics offers all the necessary products to create high-quality stabilization systems for photo and video cameras. The technology is based on the direct drive brushless motors, that provides a smooth operation of the system, or the immobility of the subject while shooting. You can find our controllers, brushless motors and other components to create your own unique gimbal for:

We developed and published our first iOS App for setting and control all SimpleBGC 32bit controllers.
The App supports the latest firmware of 2.6 version.

More details can be found on the app page

New firmware 2.60b4 has been released

More details can be found here

The issue with automatic firmware update

To solve the issue you just need to download GUI of needed version from our site again.

The issue is caused by new SSL certificate which we started to use.

SBGC32_I2C_Drv expansion module has been developed

This module is intended to work as a part of the SimpleBGC camera stabilizer system, performing a motor driver function.

Unlike regular scheme, where all motors and encoders are connected to the main board and driven by the single MCU, in the modular scheme each motor is driven by its own MCU, that lets to optimize cabling: encoder is integrated into the PCB for each module, and motor's cable goes to it by the shortest way. Only 5-wire cable joins modules with the main controller.

This expansion module is supported only in the encoder-enabled version of SimpleBGC firmware.

Details and required files can be found here.

How To Shoot Timelapse with a Gimbal based on BaseCam controllers

The gimbal "Traveller Gimbal" for Sony α5100 or similar cameras

We developed the gimbal for Sony α5100 or similar cameras. In this manual you can learn how to make it yourself General view of the gimbal. 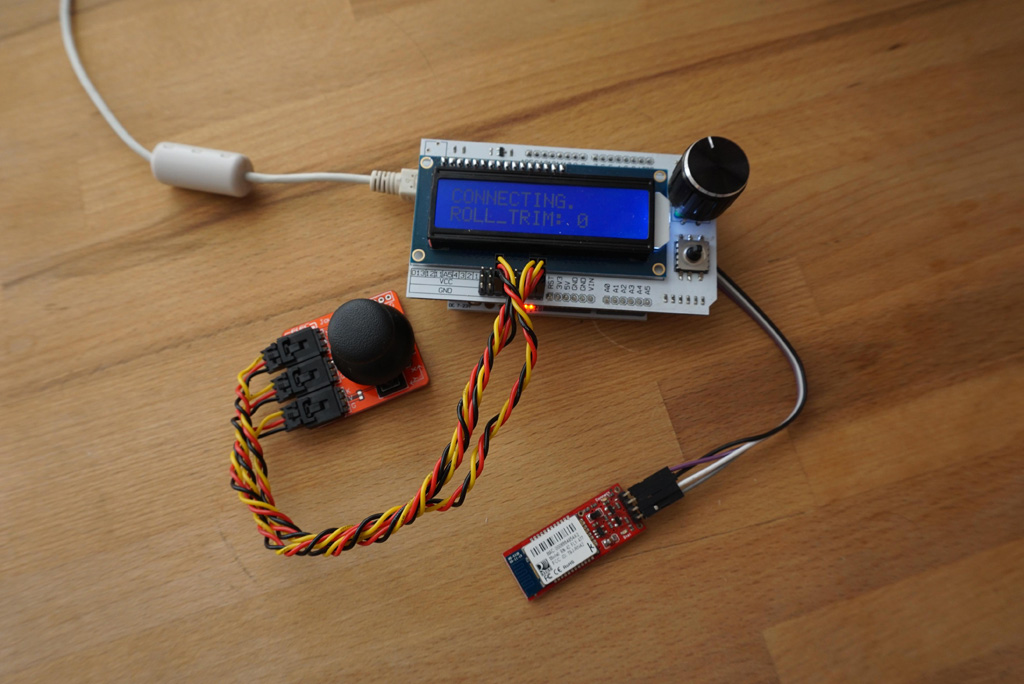 This instruction will help you to build a simple remote controller with an LCD display for controlling a gimbal. The controller can be connected to any SimpleBGC 32 bit controller through the Serial interface. For that, you can use four-core cable, or wireless UART adapter (Bluetooth, 3DR modem, Zigbee, WiFi-UART, and so on).

This DIY tutorial helps you build a Bluetooth motion controller for any SimpleBGC-based gimbals! This means you can simply move the controller, and the gimbal will match its orientation. This is the second project from Mark. We thank him for the work done.


Source code and details can be found here.

How to build a gamepad to control SimpleBGC controllers that have Bluetooth 2.0

An easy and cheap way to build remote control for your SimpleBGC controller (Thank you to Mark for that).


Source code and details can be found here.

This is a short tutorial showing how to use BaseCam filters to provide better gimbal performance.

Problem with the spektrum port

Some versions of the controllers can have a problem with the spektrum port: the satellite receiver does not get enough power from the 3.3V internal voltage regulator, resulting in unstable operation (symptoms: signal interrupts, LED blinks randomly, on binding attempt system goes to reset).


Using new features of the firmware you can design your own remote control for SimpleBGC.

For 8bit and 32bit versions of the SimpleBGC-based gimbals.